Aside from all of the pageantry, Valentine’s Day is lesser known as a day that makes single ladies riddled with anxiety and anticipation and guys in relationships feel like they have to perform feats of romance or be labeled as a schmuck. 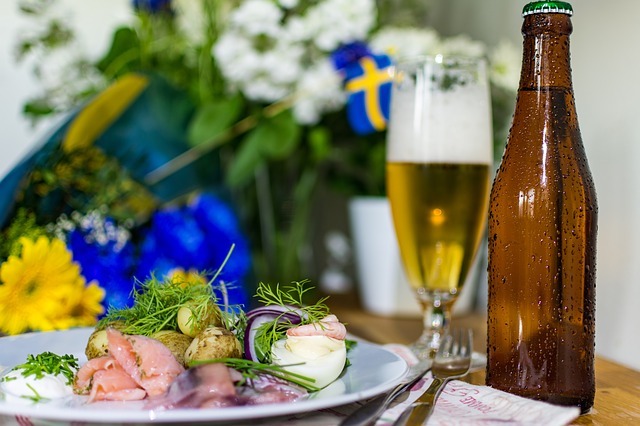 Is V-Day just a way for Hallmark and other greeting card companies to sell cards, Russell Stover to hawk candies and FTD Flowers to cash in or does it have some validity? First, we must examine how it all got started.

A Brief History of Valentine’s Day

The true story of Valentine’s Day began before the Roman Empire. In the middle of February, roughly the 13th through 15th, a pagan holiday called Lupercalia, partially deriving its name from lupus, the Latin word for wolf, was observed. The holiday was celebrated with the sacrifice of a couple of goats, and usually, a dog offered to Lupercus, the god of agriculture and shepherds. If the rituals pleased the god, it was a small price to pay for securing a year of fertility and agricultural bounty as well as protection for the shepherds’ flocks.

The sacrificial festivities culminated in a boozy feast, after which, the skins of the goats were cut into strips and dipped in blood. The strips were then used to playfully lash the young ladies of the village who would line up for the whipping because they believed that it would bolster their fertility in the upcoming year and save them from the pain of childbirth and natal complications. But this bloody rollicking was too much for early Christians who had other ideas for a mid-February celebration.

The Arrival of St Valentine(s)

In the early Roman Empire, at least two St. Valentines, stalwarts of the Christian faith who held tightly to their beliefs in the face of the ultimate sacrifice, were martyred. In 5th century C.E., Pope Gelasius I established Valentine’s Day on February 14th to honor the martyred Saint Valentine(s). It is widely held that early Catholics sought to replace the pagan holiday of Lupercalia with the commemoration of these saints on February 14th. Once again, a Pagan holiday was replaced by a Christian one.

However, it was not until the 14th century, when a seminal English wordsmith, Geoffrey Chaucer, began to celebrate the day in the context of romantic love. Chaucer’s Valentine’s Day influence seeped into English culture, slowly transforming the holiday from obscurity to a widely recognized day where romantic notes were exchanged. By the late 18th century, the English celebrated Valentine’s by mailing handmade cards to those they admired. The cultural
connections with the American colonists set roots down for the day to become a ceremonial card exchanging holiday in the young U.S as well.

The Printing Press Effect on Romance

Valentine’s Day in the United States has become big business. In the week leading up to February 14th, Americans spend $448 million on candy, which translates to 58 million pounds of chocolate. The average U.S. male spends $150 on Valentine’s Day related expenses, while the average female spends $74. This has created a scenario in which people feel obligated to take part in Valentine’s Day and participation means spending cash.

Now that I’m in a relationship, I try to make every day feel like Valentine’s Day. If you’re a decent fella, you take your significant other out because you want to do something special on any given night. If a special day set aside means something to your significant other, by all means celebrate. But pressure should not be applied to spend money for some fabricated holiday.

Let’s consider fabricating a new holiday. How about a movement to celebrate the day beer was invented? Then we can create social pressure to buy beer for significant others and end the day with an implied night of drinking. This could be a fantastic time, regardless of one’s relationship status. Well, we don’t live in a perfect world.  However, it is our world to change, and I believe that this beer holiday could be celebrated on February 14th (what does it matter if beer wasn’t actually invented on that day?)e could give it some absurd name like Febrewary Fest. I’m not sure this will catch on, but I will be enjoying my first Febrewary Fest this year (with my significant other, of course).

So this Valentine’s Day don’t fall into the trap of thinking that more expense and complicated plans are required. Cook a nice meal and select a special bottle of wine (or preferably several beers), and show your significant other the night of their life. Whether it is a life partner or a good pint, love can always be celebrated.

Previous: Call Of Duty: The Virtual World Forgets It Is At War
Next: Science Fiction Is The Improbable Made Possible