When speaking to someone recently who is a big Game of Thrones enthusiast, I asked what draws people so much. She replied that it is about power; almost everyone thinks they deserve to sit on the Iron Throne. 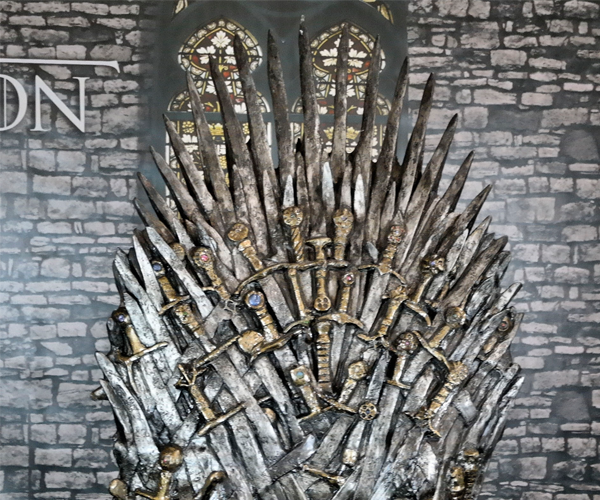 Game of Thrones and the Cycle of Death and Power

The pursuit of power, a central theme in the history of the world, is constantly played out in Game of Thrones. It can be seen in the corruption of countless characters in the show.

So I asked my friend: isn’t humanity better than that? Are we all simply trying to claw ourselves to the top and gain sovereignty over each other? Is power really so intoxicating?

Even if it is such a dominant force and one succeeds to amass a great deal of power, it is a small weapon against the certainty of our own death.

Those willing to attain power by any means might not believe there is anything coming next. They might believe that they won’t face consequences in an afterlife if their present actions are justified by the short term gain of power and who is to say if they will face any. But is it worth the destruction of lives, deaths, and torture?

Or if they do believe that there is another reality after life, they are willing to gamble what they can gain in the meantime. No matter how we play it, like winter, death is coming.

We are all powerless against death. We cannot choose when we go or who dies when. Even the richest person in the world cannot be shielded from suffering.

John Snow, like Lazarus and Frankenstein’s monster, is raised from the dead. In Snow’s case, we understand that this in fiction. But in reality, only the life force can beget life. It comes from reproduction whether sexual or budding.  This reminds us that there is a level where we cannot play God because we do not have the capabilities to create life or elude death.

Although we can create aspects of life in many ways and also have the capability to take life, we cannot touch the unknowable mystery of creation. As Marcel Proust said in In Search of Lost Time: “The unknown element in the lives of other people is like that of nature, which each fresh scientific discovery merely reduces but does not abolish.”

The unknown element in the lives of other people is like that of nature, which each fresh scientific discovery merely reduces but does not abolish.

Death Renders us all Powerless

We can never outrun death or touch the inevitable. Still, it is fascinating to see, in fiction and in reality, how some are driven by the lust for power. It is an interesting to see how taken up with this passion they are. Not only because they seem to be missing the capacity to have compassion for their fellows but also, oddly, they are trying to try to control, even for a short time, what is ultimately uncontrollable.

If you would like to receive the first four chapters of my book Death: An Exploration and get regular updates please sign up here.

Previous: Goodreads Giveaway For Academic Betrayal For July
Next: "After You Die" by Rakim Deserves a Deeper Exploration