It seems like the whole world is captivated by Game of Thrones, George RR Martin’s fantasy saga The Song of  Ice and Fire and the TV series that it has inspired.

At least many of my friends are and they have encouraged me to watch the show. After having seen most of the episodes, I can understand some of the appeal. But in certain ways, the fascination with it is perplexing, especially when it comes to death.

From the viewpoint of someone who enjoys reading and aspires to create compelling narratives, it is fascinating to see the popularity of a series whose creator is determined to kill off many of the most likable and magnetic characters.

It is also interesting that the millions of people anxiously anticipate the next installment to escape into a world where there is so much evil, gore, and death. To a great extent, entertainment is about escape. But why are people so eager run away to this morbid dystopia? 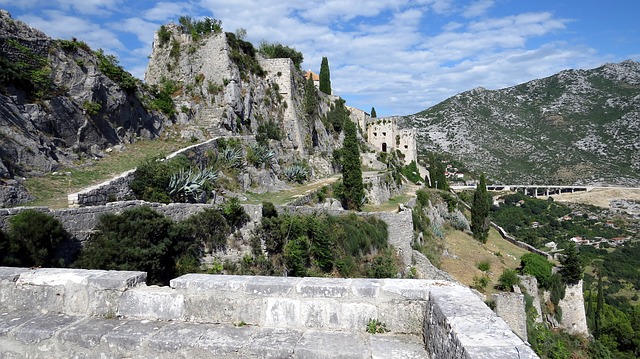 Perhaps the greatest fear in life is death, yet viewers eagerly tune in to watch actors tortured and killed in some of the cruelest and inhumane ways possible while eating popcorn in the comfort of their living rooms.

We know that the series is a made-up reality. Still, it is unsettling to see these fictional characters have their eyes gouged out and genitals cut off before they receive the coup de grace.

Martin has a particular talent for conjuring disgusting ways to make his characters meet their demises. This cruelty is an expression of the deep-seated sickness of human depravity that fills history books. As James Joyce once said, “history is a nightmare from which I am trying to awake.” Yet people willingly enter this dystopian nightmare to escape from reality.

History is a nightmare from which I am trying to awake.

This cruelty is not relegated to fiction or to the past. It is still played out daily and can be seen in the beheadings filmed by ISIS (Daesh), people maimed by land mines, tortured by waterboarding and other medieval techniques. These are only some of the horrid acts that mankind has been perpetrating for thousands of years. Shouldn’t we aspire to more in 2017?

Game Of Thrones and Hollywood

Although Game of Thrones may represent some of the most graphic horrors in popular entertainment, it is no outlier when it comes to pop culture. Violence sells. Hollywood turns out brutality in films daily, popular music is littered with violent lyrics and video games that are centered on violence remain some of the most admired.

This makes one wonder about the relationship between death as entertainment and the real thing. There is something within us that loves the thrill of being “scared to death” and we cherish our beloved monsters.

But given the freedom to select our pass times, why do we choose death for our leisure, something we are all desperately trying to escape in real life?

As a society, we advocate for the invention of drugs to reduce suffering and go to great lengths to mitigate pain; so why do we love to watch the torture and demise of others? Why would we not want to escape to something beautiful and peaceful?

If you would like to receive the first four chapters of my book Death: An Exploration and get regular updates please sign up here.