Science fiction is defined by Isaac Asimov — the man with arguably the most nimble imagination and most prolific brain in the history of the genre — as a form that “deals with the reaction of human beings to changes in science and technology.” 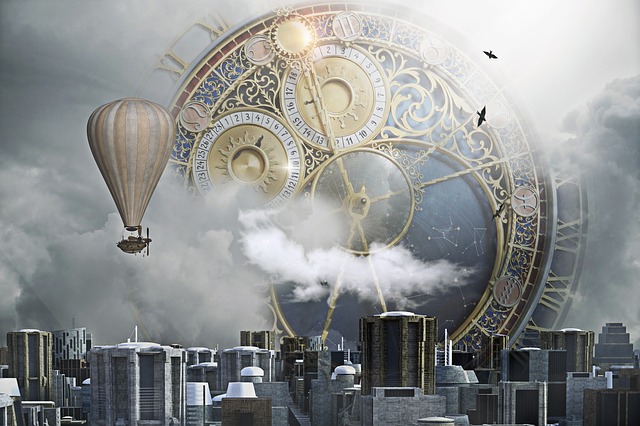 Science fiction is difficult to define because it can encompass so much, and it is often confused with Fantasy.  According to Twilight Zone personality Rod Sterling,

Fantasy is the impossible made probable. Science fiction is the improbable made possible.

But devotees of the two respective genres understand that there are important differences that keep the genres distinct.

No matter which definition of sci-fi you choose, the uniting characteristic is that the genre expands the borders of what the reader ever thought possible.   Admittedly, I read little science fiction and I am not well-versed in the genre, but reading Startling Sci-Fi was an excellent exposure for a novice like me, and I can imagine it would be delicious fodder for those who love the genre.  Startling Sci-Fi is a collection of short stories with each stretching the boundaries. 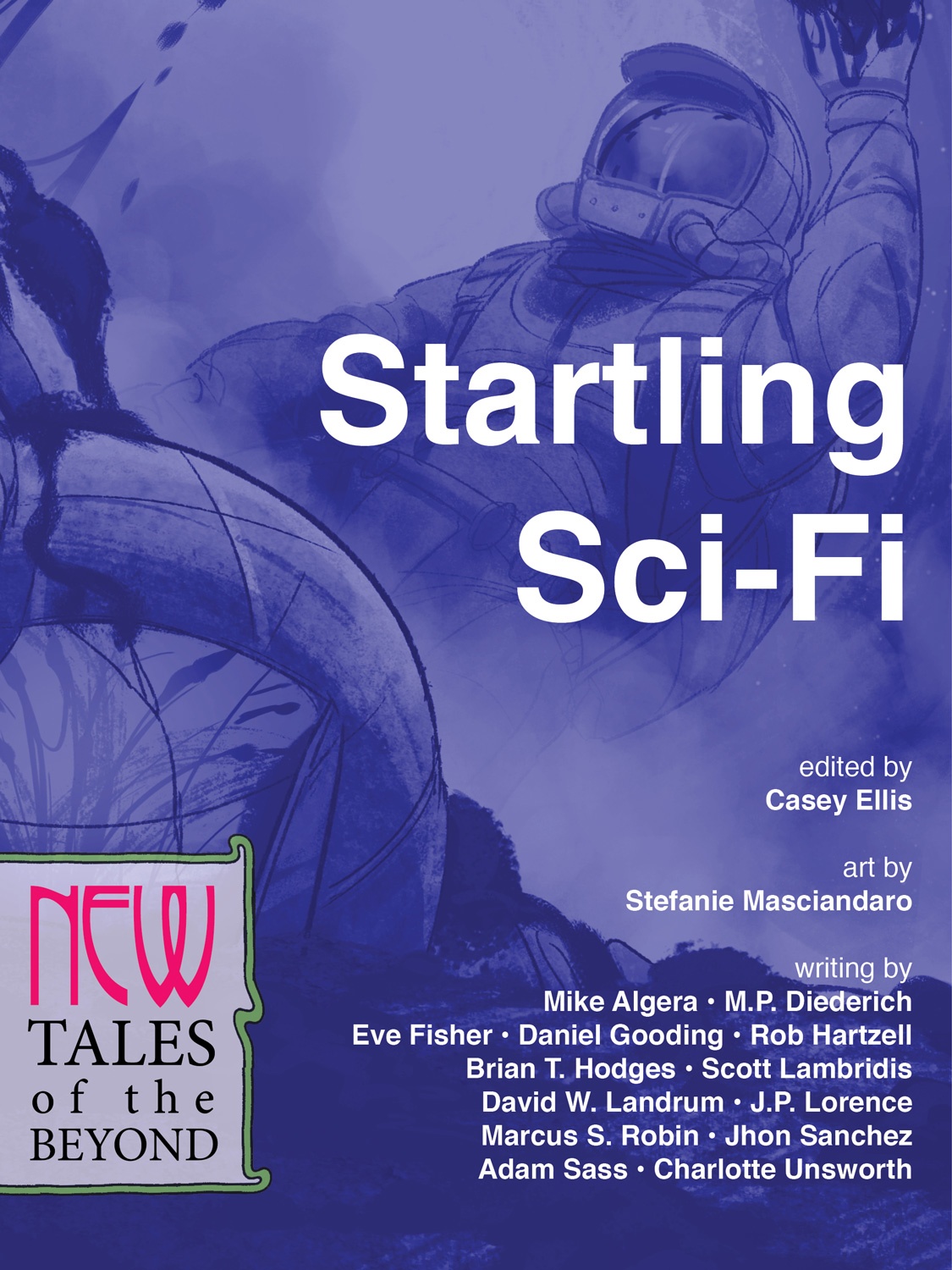 In several of the stories from Startling Sci-fi such as “Monkey Business,” and “Almost John,” we see a future that is artificially enhanced by our rapidly developing technology.  They pose some important questions about where we are moving as a society.  “Almost John” captures the wariness of government run scientific experiments and offers some unique twists on traditional science fiction topics.

Similarly, in “Monkey Business” there are Artificial Intelligence (AI) experiments that are wantonly being performed on animals that run the gamut from cockroaches to chimpanzees.  As the story draws to its conclusion, it deftly hints at a future with AI deeply involved in medicine and as a competitor to pharmaceutical companies and their products.  The characters’ dialogue reveals some of the discussion about the crossing of boundaries between natural and artificial human intelligence.

The book is enriched by the art of Stefanie Masciandaro who works well with the themes and visions of the individual writers.  Her art adds the dimension of another medium that not only enhances the reading experience but provides additional clarification.  The result is a piece of art that is greater than the sum of its unique parts, each component distinct in its own way, yet more powerful as part of the whole.

There are many things that make this collection unique, including the treatment of popular topics related to the future of technological innovation.  Science fiction gives us a glimpse into a future populated with projections of technologies that are part of our everyday lives, often with horrifying implications.  In great science fiction there are almost always parallels that can be drawn with our present world.  These similarities help explore the depths of human nature and perhaps project where humanity is headed.

One of the first classics in science fiction is Twenty Thousand Leagues Under the Sea by Jules Verne published in 1870.  The story is a perfect example of science-fiction. Captain Nemo is commonly connected to Odysseus and the giant squid symbolizes the monsters of the Revolutions of 1848.  The best of science fiction includes the “scientific enhancements” such as the Nautilus, while commenting on the humanity of the day.

Sci-Fi and the Future

Although the genre by definition does not operate by our known reality and often much of it is projected far in the future, there are still underlying issues that plague humanity.  The popular series both in film and books of Star Wars is another example of science fiction with a deeper message.  The story is definitely enhanced by the sci-fi location of a galaxy far, far away in another time.  But the essence of the story is the age-old conflict of good vs evil.

Joseph Campbell refers to Luke Skywalker as the true hero, putting his life in peril solely for the good of others.  George Lucas further draws on the concept of a force, almost spiritual, that is within all life. The genre is science fiction, but as in other genres, the quality of the work is judged by the depth of the underlying story and the commentary on humanity.

There are many fans of Star Wars, and when the “good guys” win, the audience cheers. That speaks well of the good intentions of our society.  However, the reality of execution in our society falls short of the idealism in Star Wars.

Science fiction is a genre that has inspired readers to think of what is possible.  Some works have people thinking about where technology may eventually lead.  Works about outer space preceded man’s first walk on the moon.  The Enterprise (from Star Trek) had been traveling for years into outer space.  Who knows how Artificial Intelligence will affect our future existence? Travel will continue to change in the future, keeping up with some of the visions of science-fiction writers. What does the future hold? Open a great sci-fi novel and let your imagination expand the possibilities.

Previous: How Beer Can Make A Happy Valentine’s Day
Next: The Pledge of Allegiance Part I