Perhaps no other writer captured my imagination as much as Hermann Hesse did in my early twenties. Both my parents admired Hesse, and it was perhaps my rebellious spirit that caused me to eschew his work for so long. But reading Narcissus and Goldman got me quite interested in his work, and soon after I read Damien which I had mixed feelings about. Upon reading Siddhartha, I had a cathartic moment that would change the course of my reading and writing life. This helped plunge me into a very deep exploration of Eastern philosophy which continues to this day. 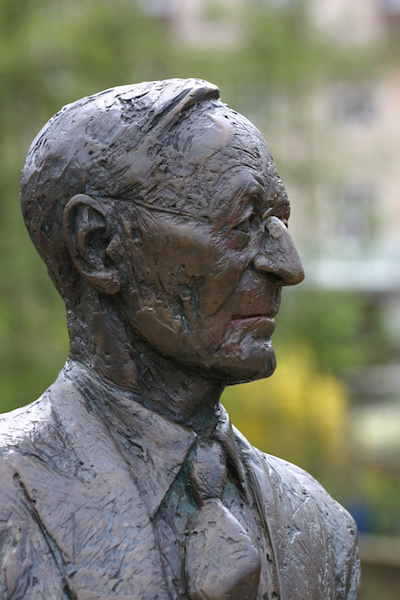 Moreover, I was amazed at what he was able to do with such an economy of words, and I would continue to seek out slim volumes with such a large impact. Although I had such tremendous admiration for Hesse, the man remained a bit of a mystery to me. Now, as I am looking back on my early influences, I am yet again getting curious about who the man behind the prose was. So on the eve of what would be his 143rd birthday, I would like to share some perhaps interesting facts about the legendary twentieth-century writer who was awarded the Nobel Prize in Literature in 1946.

1. Hesse’s grandfather named Herman Gundurt who was a doctor of philosophy and fluent in several languages offered his son access to his library and encouraged the boy to read a wide range of books. This collection of world literature helped to give the young man an idea that he was a citizen of the world and fed an ever-growing curiosity.

2. His variegated family background gave the young Hesse “the basis of an isolation and resistance to any form of nationalism that defined my life.”

3. The young writer’s first role model was his half-brother, Theo, who defied the family in order to study music. This example started him on the path to an artistic life but although he always had a love for music, he specifically decided to become a writer.

4. He showed very early signs of extraordinary intelligence and had a special gift for working with words especially rhyming. He also showed early signs of depression. He seems to have battled with depression for a large part of his life finding great refuge in books, music, and writing. 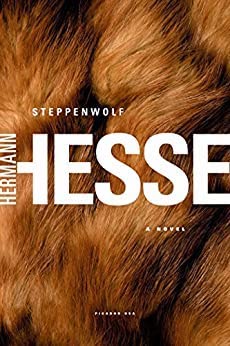 5. His rebellious character got him to pursue writing in various institutions, but he had a troubled time because of his boisterous spirit. He attempted suicide in 1892, and he eventually landed in a mental institution.  He developed an interesting take on the act of taking one’s own life. This musing is from Steppenwolf: “to call suicides only those who actually destroy themselves is false. . . . What is peculiar to the suicide is that his ego, rightly or wrongly, is felt to be an extremely dangerous, dubious, and doomed germ of nature; that he is always in his own eyes exposed to an extraordinary risk.”

6. Although Hesse is mostly celebrated as a novelist, his early inclination was toward poetry. In fact, the first book he published, in 1899, was a book of poetry.

7. He was a volunteer of the Imperial army during WW I and was found unfit to see combat so he served by caring for prisoners of war.

8. The Hermann Hesse society was founded on his 125th in 2002 and fifteen years later the first Calw Hermann Hesse prize was handed out in 2017. The award is given to a German-language periodical one year and then alternately to someone who has most adeptly translated his work.

9. The St. Nicholas Bridge Hesse Monument in 2002 was made by sculptor Kurt Tassotti and the commemoration perfectly suited the great writer because it honored him in his favorite places in Calw, Germany where he spent a number of his formative years. 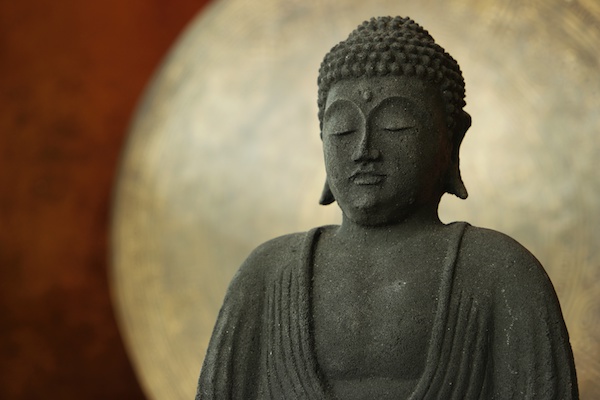 10. Although Hesse is perhaps most famous for bringing Eastern philosophy to Western literature, he was profoundly influenced by Western philosophers as well. He said that his greatest Occidental influences were Schopenhauer, Spinoza, Plato, and Nietzsche.

Hesse has had a topsy turvy treatment by literary critics and academics. Some dismiss his work as simple and sophomoric. But I have a deep respect for the man and the writer. He played a key role in my life as perhaps the first major literary figure who inspired me to read multiple volumes of his work. This not only got me deeper into literature but also into Eastern philosophy. People ignore his work at their own peril and on his 143rd birthday, it is a pleasure to celebrate this accomplishment and fascinating to reexamine his unique journey.

Previous: My Journey Through Fiction
Next: Freeing Yourself Through Poetry